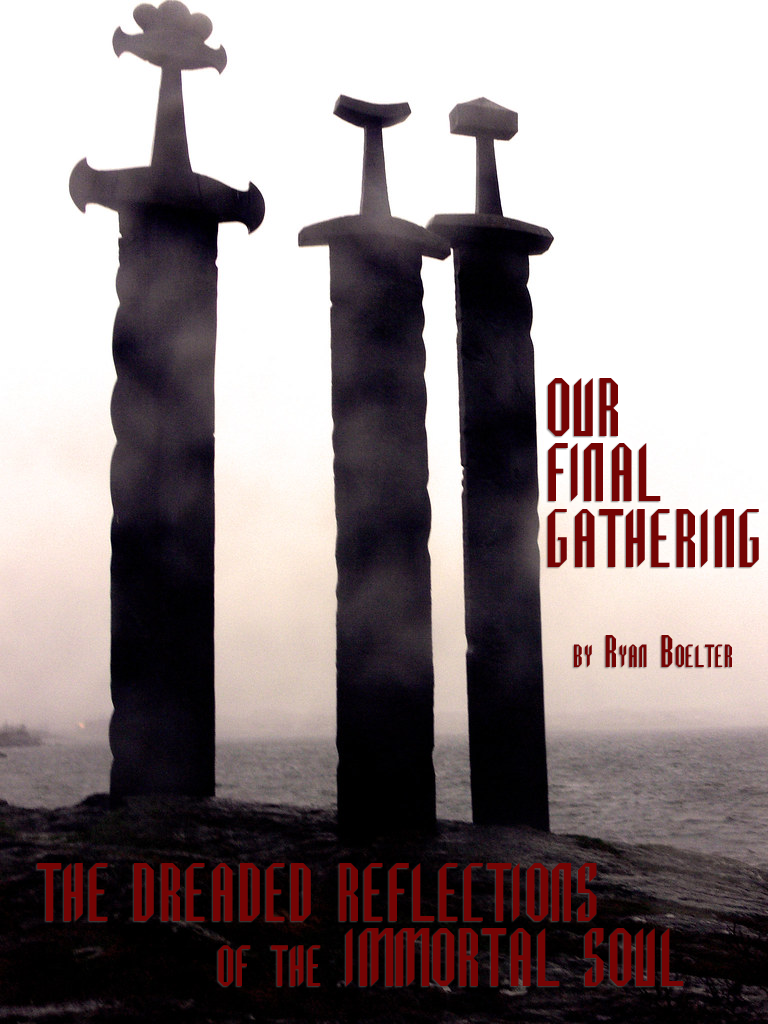 What is Our Final Gathering?

This is a game about telling the stories of a few individuals who have had their lives intertwine throughout all of history. From the very beginnings of when they thought they were all mortal, through the times where they had one another’s backs and the times when they wanted to put knives into those same backs. Our Final Gathering is a game about relationships and how they change throughout the years, when those years are actually centuries. It’s also a game about history, playing these characters during major events from this world’s past. Most of all, it is a game about finding yourself while you fight for your life against friends and foes alike. 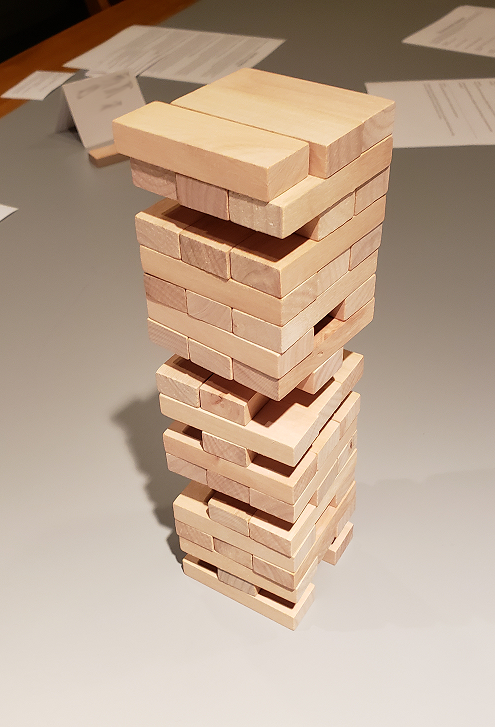 This game combines the narrative, GM-less storytelling of Reflections combined with the tumbling tower building and tension of Dread as you play Highlander-esque immortals bent on killing the other player characters, because there can be only one!

The game takes place at the scene of an event called the Final Gathering, a showdown between the last remaining Immortals, and will be played in a series of flashback scenes. The scenes involve two or more players and detail a part of their lives together in the past from hundreds of years ago to the present. Scenes will take place in a single location at a single point in time and will involve everyone who is set up to be included in the flashback. Before a scene begins, each player will secretly pick a goal from a list of four goals that range from Easy, 1 pull, to Difficult, 4 pulls. If your goal is achieved in a scene, once the scene ends, you become the Attacker and start by pulling one brick as an Attack, holding onto this brick for use at a later time. The opponent who fulfilled your goal, referred to as the Defender, will need to pull a number of bricks equal to the difficulty level of the goal.

If the tower falls at this point, the scene will transition out of the flashback to the Final Gathering where you will describe the Attacker killing and beheading the Defender, which is the only way to kill an immortal. Do you do so with regret? Remorse? Anger? These could be friends from centuries past or they could be bitter enemies that have eluded you all these years. They could even be friends turned sour, or visa versa. The story will unravel the more you play. If the player whose character died had any reserve bricks, these pass to the player whose character killed them to represent the transfer of their immortal power. Also, their character sheet, along with any secrets built up along the way, pass to the other player to represent the transfer of their immortal knowledge.

If there is still more than one player left in the game, the remaining players rebuild the tower. You only rebuild the tower using the blocks that are not being reserved by other players at the table, however you may decide to put one or more reserved bricks onto the tower at this point in case you didn’t want to hold onto them any longer. Once the tower is rebuilt, pull 3 bricks for every player that has been eliminated plus 3. This is done one brick at a time with normal rules, and will start with the player whose goal was last achieved and proceed around the table until the correct number of bricks are pulled. 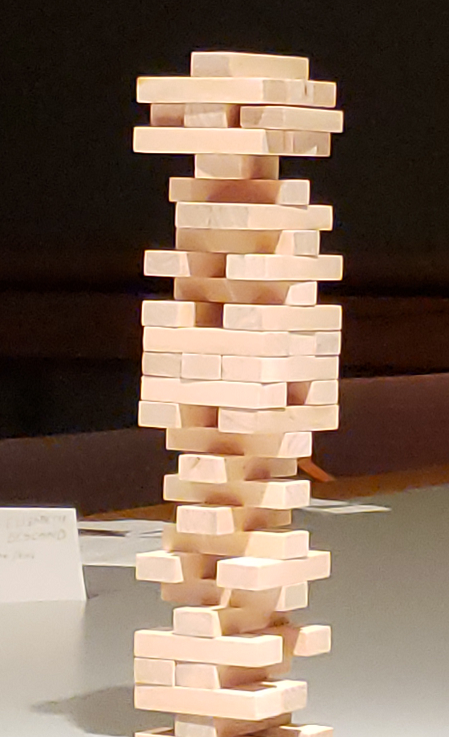 To play the game, you will need a tumbling tower made of 54 wooden blocks. Each block is three times as long as it is wide, and one fifth as thick as its length, and should have some small, random variations to make things more difficult in pulling. You also will need the character sheets, scenarios and goal cards printed out to use throughout the game.

To start the game, stack the initial tower with eighteen levels of three blocks placed adjacent to one another along their long side and at right angles to the previous level. This should be done on a sturdy surface, such as a table, where players can easily gain access to pulling from any angle without jostling the table too much.

Once the tower is built, before the first scene is set, we will need to prime the tower. Start with the player to the left of the scene setter. Players pull and place one brick, continuing to the left after every pull, until 3 bricks are pulled. Then play begins.

In order to download this game you must purchase it at or above the minimum price of $7 USD. You will get access to the following files:

Our Final Gathering - The Dreaded Reflections of the Immortal Soul - V1.3 - Final.pdf 9 MB

Support this game at or above a special price point to receive something exclusive.

Each copy of Our Final Gathering: The Dreaded Reflections of the Immortal Soul that sells will add another community copy to the pile. These copies can be downloaded by anyone, for free, no questions asked. This will help those who cannot afford the game to get a copy to try it out, it will also allow those who want to try the game out before buying the opportunity to do so. 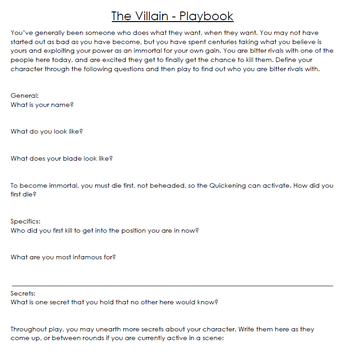 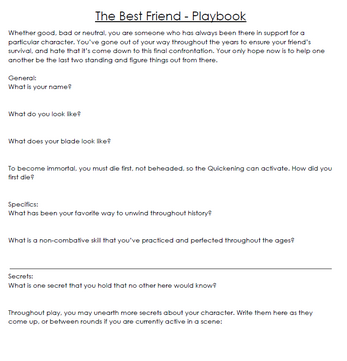 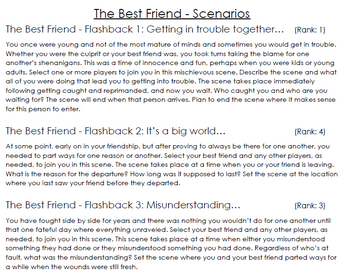 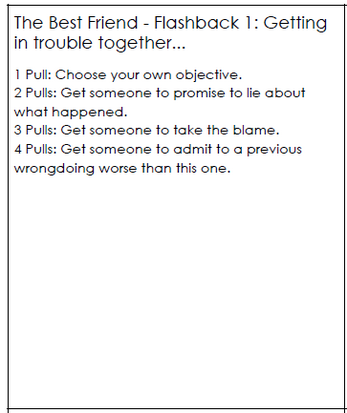 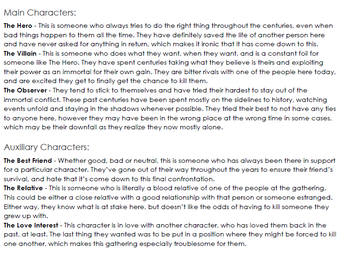